See what's new with book lending at the Internet Archive 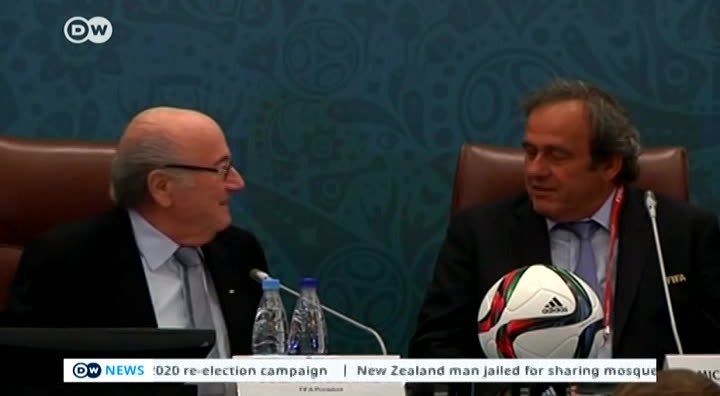 taken a nosedive since he was banned from football over ethics breaches in his dealings with disgraced former chief said that's a that sanction is due to end in october but he's questioning by french authorities leaves his future uncertain. you're watching the good news the live from berlin coming up next here hard to tell for is who will talk facebook and cryptocurrency in business news afghan also you can at the top of the out. bursts. home to use of species. of home words if you can. get those are big changes and most start with small steps googling 2 years tell stories of creative people and innovative projects around the world. music country club which used to privilege certain shows and pay for station. crew interactive content teaching the next generation but until such
7:16 pm 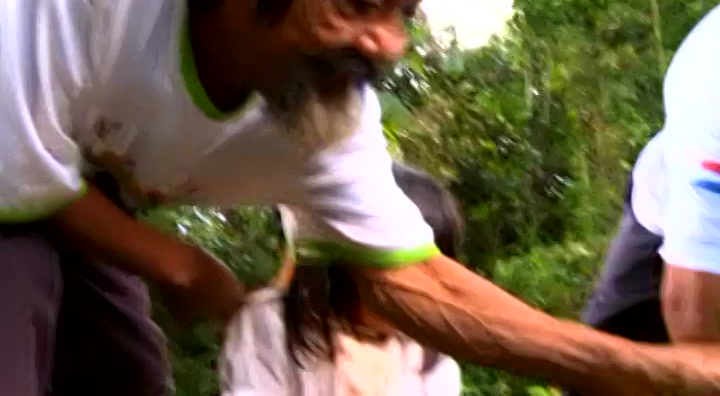 action. channels available to inspire people to get action and were determined to build something new for the next generation. the environment series of global $3000.00 on t.w. and all mine. facebook is going crypto after rumors have been flying for months the social media company finally presents plans for its new cryptocurrency will it really give traditional payment systems a run for their money. is growing fast is it just luck or is president. doing a good job with the economy. also why many african countries now want to sell ivory on the world markets to finance the fight against. this is the business of
7:17 pm 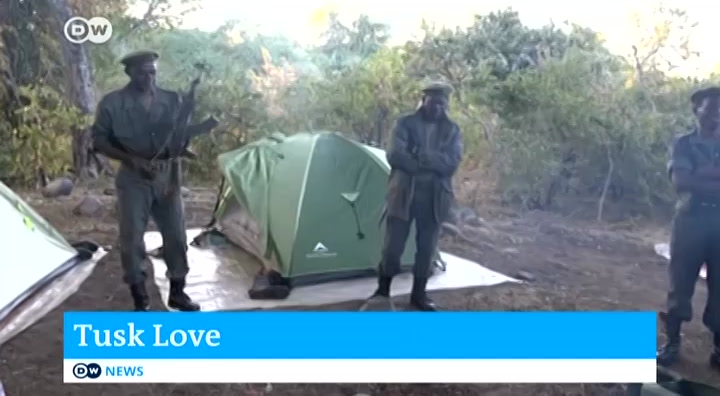 africa. can facebook take cryptocurrency main street the world's largest social network unveiled a digital coin it plans to roll out next year the project is called libra according to media reports proponents say it could revolutionize digital payments under a single streamlined currency over a dozen global firms will invest in it govern the currency like master card vodafone or this group will supposedly wall off control of the currency from facebook itself facebook coin will be pegged to a basket of global currencies like the dollar or the euro to shield it from the wild fluctuation that has plagued bitcoin and scared off many average investors and potential users will it catch on facebook bets the state of the social network alone with 2400000000 monthly users will forge
7:18 pm 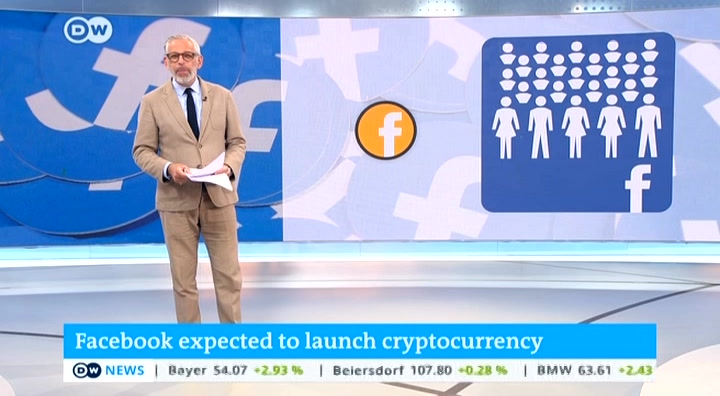 a new huge marketplace for streamlined purchases and exchanges facebook c.e.o. mark zuckerberg already had this to say about the project which was officially announced on tuesday i believe that it should be as easy to send money to someone as it is to send a photo. so we're already touching this in india we've got a 1000000 people it's been used a lot in the feedback so far is great and we're already working on rolling this out in a number of other countries later this year facebook also says liberal will help to bridge the so-called banking gap giving the 1700000000 people around the world who do not have a bank account secure and stable eternity of to cash and it's high time and especially interesting across africa where in many countries mobile usage is widespread but bank accounts remain a luxury while in the western world nearly everyone has a bank account in chad for example only 12.4 percent of the population have
7:19 pm 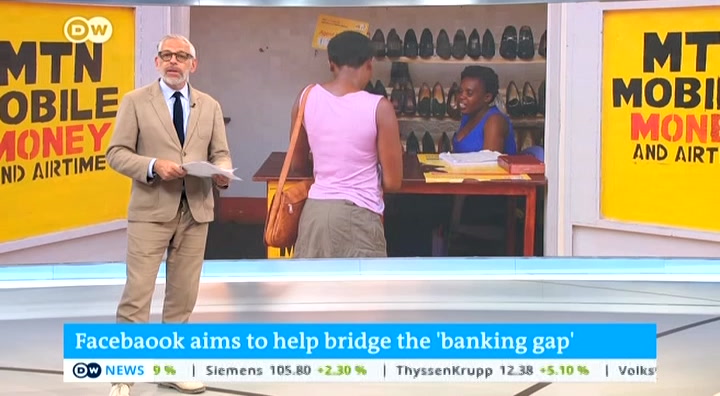 access to one that is a similar picture in cameroon. gerri it's only 6.7 percent at the bottom of the personal banking spectrum in the central african republic only a little over 3 percent of the population and send and receive money via a bag sold face bold facebook's new currency make a difference if it's a question i would like to ask you did have 100 she's with the africa association of german business and joins me in the studio now judith facebook's new cryptocurrency promises to help close the so-called banking gap will it. good question if i know for sure i've been on the other side of their affairs and i would say things that it can very much help to gap the banking brits especially if
7:20 pm 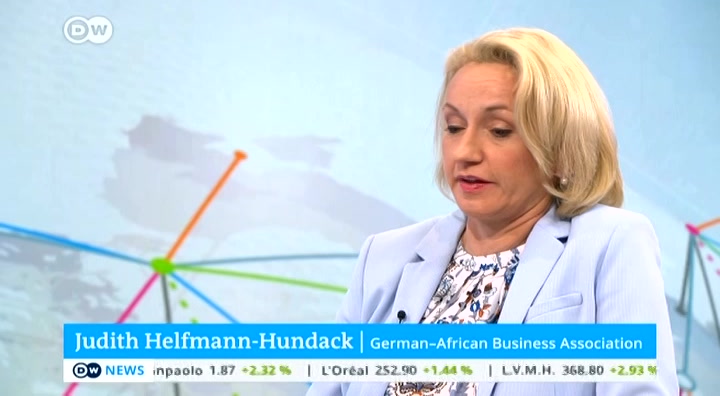 you look at south africa for example you just have the impressive figures on the people using bank accounts in the south africa for example it's over 10 percent of the internet users that already use a big call in or other virtual currencies so that's quite interesting because even more than in thailand and another asian countries which seem to be top of the pops in the sector or so i think it can help and it can also help to overcome and the difficulties people have because of inflation if you look at the for example the high inflation is a really big problem people do use bitcoin for example and it's aleck of liquidity it's the inflation it's in stable banking sectors all those things push people to use virtual currencies so yes. with a functioning crypto currency and payment system that's what facebook seems to offer there what will that mean for african economies across the board well the functioning system is always the biggest challenge i believe but as far as i know
7:21 pm 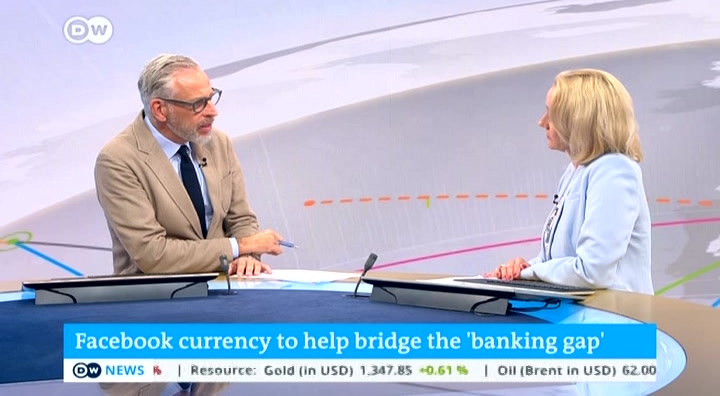 facebook has quite a good group behind them i think all the big players have been joining this project so i'm quite confident that they will be able to overcome tellen just i think the main thing will be that the states in africa as different as they are will allow this to happen will allow people to use the virtual currencies and then things will sort of the market the market real roof things if the states interfere and i don't think that virtual currencies which ever it might be will work if you look at africa at this new facebook's new currency what can it do that other virtual currencies. like bitcoin what discourse difference does facebook lieberman i think the liberal will have quite quite a market power because space book is behind it and as i said before quite a few partners big partners people etc behind it and i think it's going to be
7:22 pm 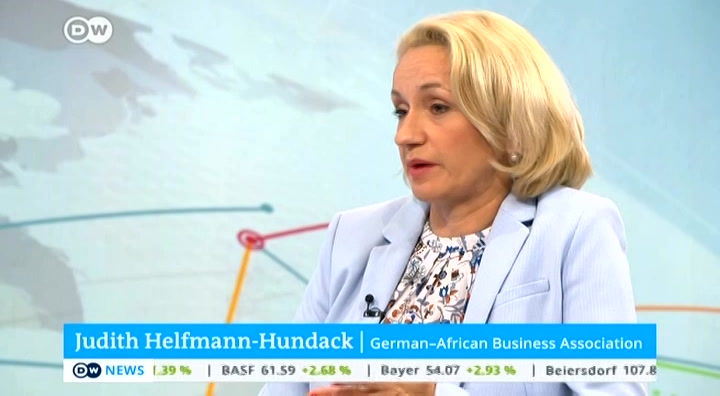 trustworthy because the virtual currency is very much market driven it's almost democratic it's the users that decide to use it and then the value starts to to rice and facebook has a very well known and if it will be spread all over the continent then i think we're very well off and can overcome a couple of telling just such as inflation. the critique of currencies. could have been hundreds of the africa association of german business thank you very much for joining me in this to my attention. $20000.00 elephants are killed for that costs every year according to estimates from the world wildlife fund us conservation efforts grow more robust across africa much of it is confiscated and often destroyed so it can feel the trade in ivory any further boss a group of african countries now wants to sell it and use the 300000000 euros in
7:23 pm 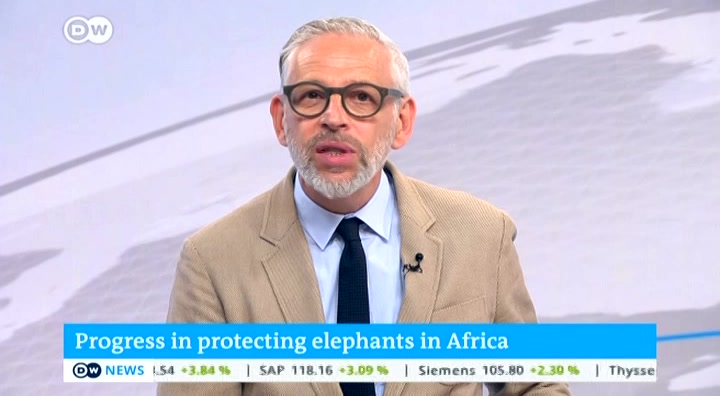 profit to support their fight against poaching. an anti poaching patrol in the zambian bush the men are well armed against illegal hunters but also against the animals they're trying to protect this bull elephant was separated from his family and is extremely dangerous. here. if the need to goodness. it wouldn't boot if it comes but busiest then that's when you. base the national park on the border with zimbabwe around 1500 elephants live here alongside antelopes and hippos they're targeted not just by zambian but by foreign poachers elephant tusks are highly coveted for traditional chinese medicine as are hides and even blood big business for poachers sometimes they're better equipped than we are you know they have gadgets like g.p.s. modern compass is maps and other things you find that some of them are even
7:24 pm 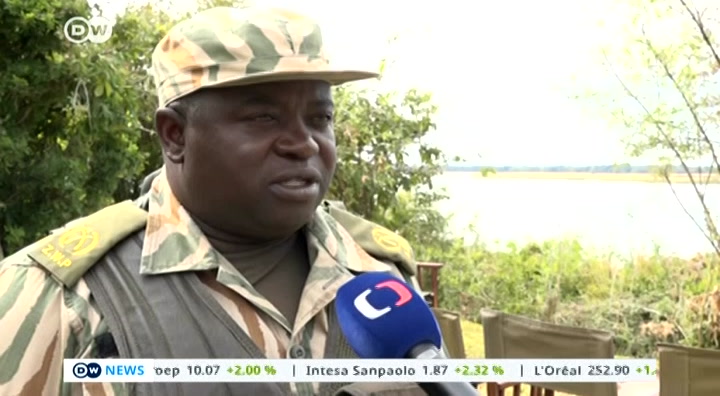 ex-military guys and yet elephant herds here have grown in recent decades thanks to the protected area maybe a little too much that's leading to conflict with farmers requiring selective killings. but culling is exclusively results. and it's actually almost a good situation for them when you have too many animals just one tool in the fight to maintain the parks elephant populations farmers also plant chili peppers which keep the animals at a distance only with such cooperative solutions to african elephants stand a chance in the future. in rwanda latest figures show that the economy is continuing to grow round us g.d.p. has been expanding steadily since it began to recover from terrible weather last year g.d.p. grew by 8.4 percent between january and march compared with the same period in 2080
7:25 pm 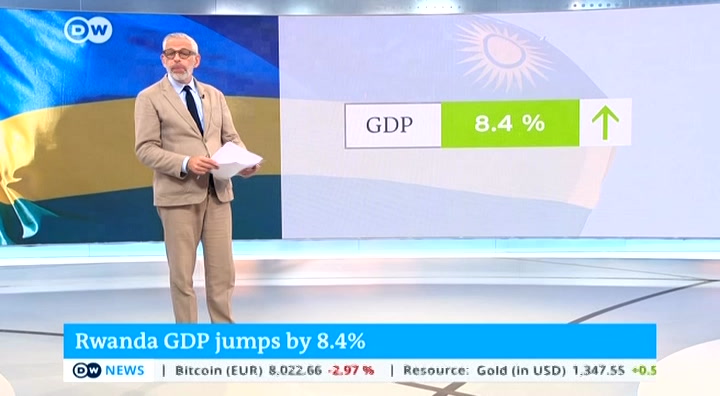 rob us national institute of statistics put that growth down to a strong performance and all 3 of the main components of the wanted economy services contribute the most to us one is g.d.p. and transport services in particular so significant growth in the 1st quarter of this year the 2nd biggest component is aquaculture with which grew by 28 percent between january and march and that's despite the. 7 percent drop in t. production after prices hit a record last year industry also makes up most of what's left it grew 18 percent during the 1st quarter thanks to a big increase in construction activity as one does finance ministry says it expects the economy to continue to grow now from toronto canada i'm joined by david him by he's a professor of international development and interest in the a former aides to run us president paul kagame e david is president khatami doing a good job and with regard to the economy. we are on paper yes.
7:26 pm 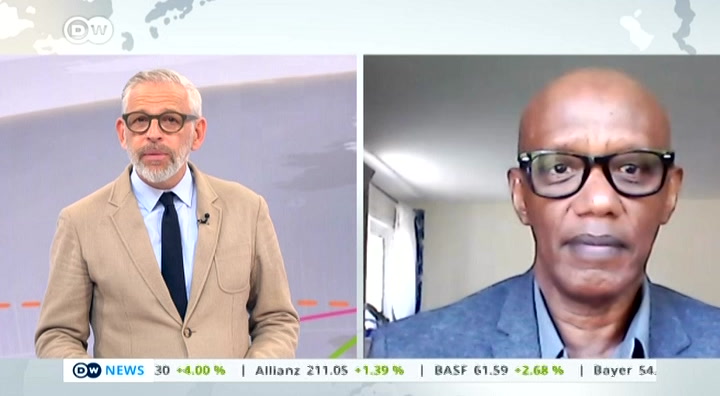 percent growth. or as you mentioned those. numbers sounds that start impressive but it's already when you you can to look at it closely. what is this growth about you find. much of the growth in the things that are not traded. traded was. most it industry to be used to your mission industries. industry. is not. manufacturing is tiny nonexistent. so the industry that basically construction. mining and stuff like that. that really do not added value or explicable. this is not this is just
7:27 pm 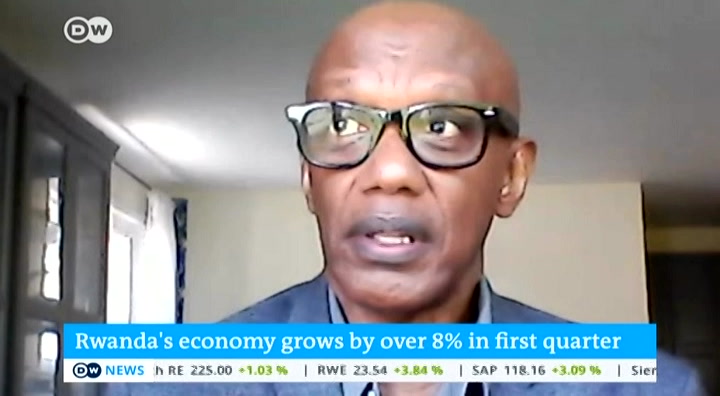 talking about the bits that are actually working do you don't think that rather could be a role model for other african economies no absolutely not it's kind of been model of close 3 reasons 1st this is a country. whose budget. to the tune of 50 percent comes before any number 2. they cornered me we speak about the biggest. october in the economy actually is there one and perhaps your tax front group or presidential. america controls not only this. but they called me as. i did. any could an immoral that is repressive that does not allow. innovation
7:28 pm 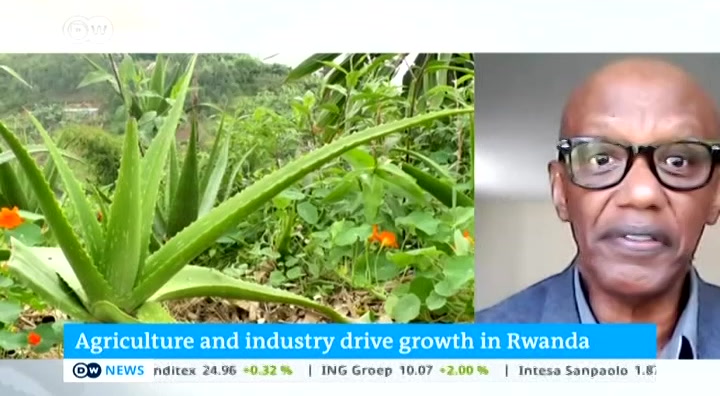 and you know exchange of ideas that cannot be an end in and want or if you need autos you need new stuff you gotta. look in the neighborhoods say cadia kenya whose g.d.p. is it the 1000000000. which is 10 times bigger than one that's not. there i'm afraid we have to leave it here we're running out of time thank you very much for joining us. and that is from d.w. business africa for now thanks.
7:29 pm 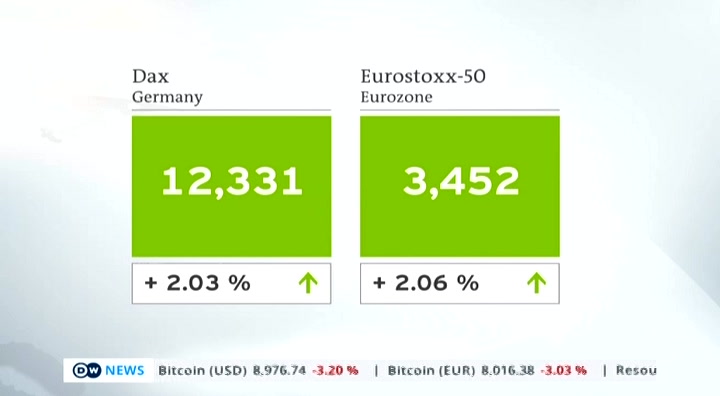 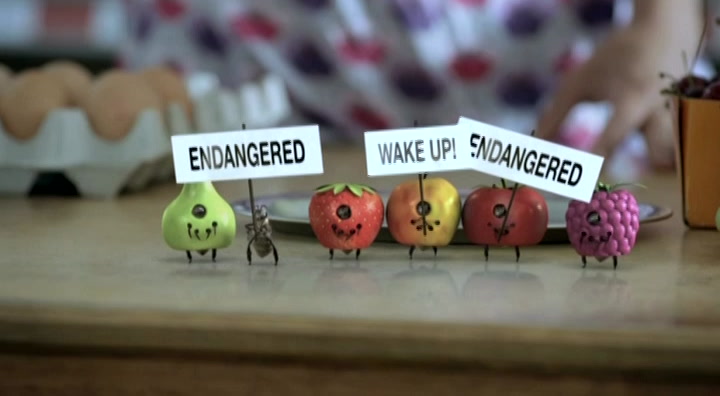 thank you thank. you. this is news africa coming up in the next 15 minutes they watched as they filmed people were hatched to death with machetes and their holmes burnt to the proud we'll hear from the congolese people now displaying stuff that interests me violence in the region this as the u.n. save that same violence has seen 300000 people flee the country just in the last 2 . and kenya's counter terror tactics the country has been known to react to.
left
right
email Borrow Program
tv

Captioning provided by Automated Speech Recognition, not the broadcaster

This material may be protected by copyright law (Title 17 U.S. Code).